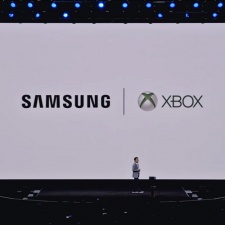 Microsoft has partnered with Samsung to work on Xbox cloud streaming in games.

As reported by CNET, Samsung director of strategy David Park spoke about the deal on stage stating that it will involve a "premium cloud-based game streaming experience".

While no specific information was revealed surrounding the new partnership, it's fair to assume this will involve Microsoft's Project XCloud initiative, which is currently in beta. More details are expected to be revealed later this year.

Samsung also revealed two new phones at the Unpacked event: the Galaxy S20 and its next folding phone, the Galaxy Z Flip.

"This is just the beginning of our gaming partnership with Xbox," said Park.

"Both Samsung and Xbox share a vision for bringing great gaming experiences to mobile players around the world. With our 5G-enabled portfolios and Microsoft’s rich history in gaming, we are working closely together to create a premium cloud-based game streaming experience. You’ll hear more about it later this year."