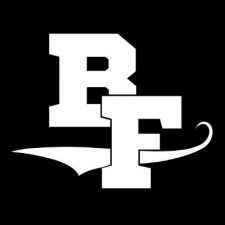 The backing was led by 1Up Ventures, founded by Xbox co-creator Ed Fries, and BITKRAFT Esports Ventures, a leading venture capital fund focused on esports.

The capital raised will go towards the company's expansion of its arcade-action sports game franchise, Ultimate Rivals.

Founded in November 2013, the studio launched Ultimate Rivals: The Rink in December 2019 on Apple Arcade.

"As we continue to expand our franchise into the competitive gaming space, I can't think of better capital and strategic partners than BITKRAFT and 1Up Ventures," said Bit Fry Game Studios CEO and founder Ben Freidlin.

"BITKRAFT is the world's preeminent esports-focused fund, and Ed is a gaming luminary as co-creator of Xbox. Their investments demonstrate how our studio continues to attract leading strategic capital players in this highly competitive space."

"Bit Fry CEO Ben Freidlin is a force of nature and the perfect person to disrupt this space. Ultimate Rivals is just getting started and will re-define this category for the long-term."