Another roll-up player rolls up 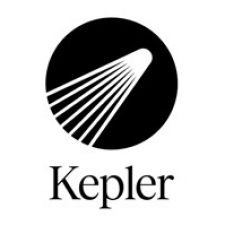 Formed from seven independent companies, Kepler is run and co-owned by its developers and founders.

It's a funding outfit which has previous relationships with some of the developers involved such as Canadian developer Alpha Channel and Paris outfit Sloclap,

Whilst Kepler currently focuses on PC and console gaming, it is looking to expand into mobile games.

It's also in talks with animation studios over the potential to adapt some of intellectual properties into series.

Garavaryan has said that there are 'conversations about expansion' and while he didn't disclose the company's valuation, he did say that NatEase would be 'a minority investor'.

"When we founded Kowloon Nights, our goal was to support the next generation of independent developers," he added.

"The evolution of that work is now Kepler, which takes the developer‑first approach a major leap forward in terms of scale and empowerment."

The studios themselves remain independent when it comes to making their own studio-level decisions.

Kepler has operational hubs in Singapore and London.

You can find out more via the Kepler website.