It was led by Quest Ventures' Andrew Ogawa 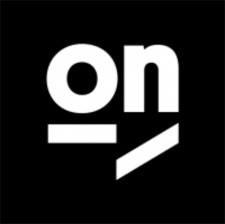 GameOn Technology has raised $10.5 million in financing for its chat platform.

As reported by VentureBeat, the money was raised through convertible note financing, in which the investors loan the firm the money with the option of changing the loan into company ownership.

The financing was led by Quest Ventures' Andrew Ogawa. There was further participation from Silver Lake founder Jim Davidson and Mirae Venture Partners.

GameOn initially created ChatOS as a platform for sports organisations to develop independent chat applications - NHL, NBA, NFL and more. It expanded into the games industry with Riot Games and PUBG Corp in 2019.

"We built a platform called ChatOS, which is akin to Amazon Web Services for chat functions," said GameOn CEO Alex Beckman to GamesBeat.

"The NBA uses it to take its existing content and to chat with users on applications like Facebook Messenger and many other platforms so they can engage in voice or social, in real-time."

"We're going to be able to expand and tackle more of the opportunity of content owners doing more with their fan bases," said Beckman.

"We are seeing that our clients have more engaged fans, and sponsors are interested in reaching them. There are 3.5 billion people on these chat platforms, and most of them now have an application framework you can publish to."

PGC Digital: 1Up Capital's Maximilian Seeburg on why you need to "know your numbers"