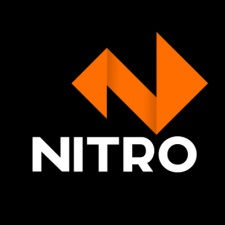 Free-to-play developer Nitro Games has received an investment of SEK 45 million ($4.5 million) from the Nordisk Film Games, making the company its largest shareholder.

The agreement is subject to approval by Nitro shareholders, with the proceeds primarily going towards further development of the studio's game portfolio of shooter games.

Nordisk Film Games has agreed to a lock-up period of 24 months and will receive two board seats in connection with the transaction.

Share prices for Nitro Games have steadily fallen after a large drop in February 2019, falling to just SEK 5 on March 17th 2020. However, its stock has shown some signs of recovery since, closing at SEK 8.04 on April 14th 2020.

"They support our vision of Nitro Games becoming a household name in the category of shooter games on mobile. This funding package strengthens our abilities in successfully executing our strategy and building shareholder value. I am looking forward to a successful long-term partnership."

Nordisk Film Games managing director Mikkel Weider added: "We have followed the company for a long time and are now happy to join Nitro Games as an active long-term shareholder.

"We are excited about the teams’ capabilities, their strategy and the great opportunities within the shooter games category on mobile. Nitro Games fits perfectly into our portfolio of game studios and we look forward to supporting them in building new great games and evolving their studio."

We recently spoke to Nitro Games' Maria Maunula on working with influencers.