PGC Digital: Lockwood Publishing on promoting growth even during lockdown

The Lisbon team worked together for three days before lockdown 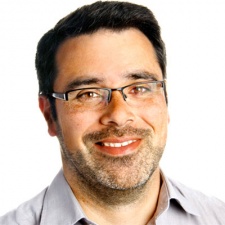 Sports and Action Sports games related with Brands have been his mantra, having worked at Biodroid for 7 years he had the opportunity to develop Skate, BMX, Surf, Olympics and football games.

Early in 2015, he started his own Studio, B5 Studios, a real mix approach to game dev from truly indie games to physical/hardware interaction experiences that combine mobile with external interfaces because games are made to make people happy.

The coronavirus has wreaked havoc on the world since January 2020.

As such, many countries around the world were placed in lockdown by March. In turn, many companies turned remote working as a means to continue development. Furthermore, growth and expansion have been impacted by the virus.

The company first announced the Lisbon studio in January with recruitment for the office beginning the following month. In March operations for the Portuguese studio began, however, due to lockdown being enforced in the country, the new team of five worked together for just three days before becoming remote workers.

The Lisbon studio talent pool has mostly senior artists and programmers, as well as a junior artist.

The UK and Lithuania teams altered their cloud-based documents to integrate the Lisbon team, and with the best understanding possible. For example, Lockwood uses Slack, Airtable, Perforce, Confluence, Favro and Zoom. This year, the company had planned to expand and has continued to do so following adaptations made after COVID-19.

"We were already on remote onboarding when the UK office was closed, and we ended up being involved deeply in delivering content to the game (Avakin Life)," said Santos.

The lockdown actually served as a smoother way to integrate the Lisbon team into the company; there no longer was a gap between the studios. Furthermore, the hiring process continued during the crisis; remote interviews were held. This was crucial due to Avakin Life relying heavily on new content. As such, the company needed to hire artists and developers to create more content.

However, It "took a few weeks to adapt" for the Lisbon team to adapt to the new way of doing things, such as having shorter meeting times and fewer calls.

"Music genres change every week and keeps with the weekly theme in Avakin," said Santos.

Throughout May, the Lisbon team became more integrated into the music events held in Lockwood's game. The Infinity Club, small stage concerts which are handled by Lisbon and big stage concerts, the Portuguese team supports the Nottingham studio with these.

The infinity club boasts 14 million visits, with each person staying around for an average of nine minutes and over two million hours of music played. It covers a range of genres including Pop, Hip Hop, R&B, Disco, Latin and Electronic.

Moving forward the Lisbon team will expand to a group of 11 with a new office in the Lisbon city centre, the new studio has been redesigned to maintain social distancing when at work.

PGC Helsinki Digital: Things to consider when running music events in your game