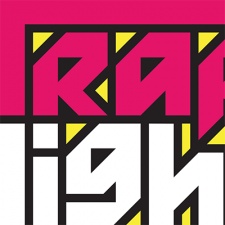 Finnish mobile firm Traplight has raised €8 million ($9 million) in a funding round.

With a team of 30, Traplight is best known for Big Bang Racing, which was released in 2016. The studio will use the money to continue its work on its strategy title Battle Legion, which has been launched worldwide.

"We now have a game with huge potential and are proud to be partnering with EQT Ventures, Europe's tier-1 mobile gaming investor. Lars and the team's extensive mobile gaming experience will be invaluable as we set out to turn our vision of becoming one of the world's chart-topping games into a reality."

"Gaming is one of the world's most explosive industries, worth around $120.1 billion in 2019 and mobile gaming accounts for more than half this figure," said EQT Ventures partner and investment advisor Lars Jörnow.

"The EQT Ventures team believes the Traplight team has the ambition and ability to build the next global gaming success story, and we’re looking forward to supporting them on this journey."

Traplight's last funding round saw it raise $2.7 million with an eye to develop games with a strong focus on user-generated content. Its first game, Big Bang Racing, nabbed three million downloads in its first month of release back in 2016.