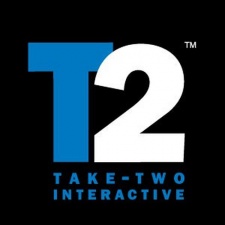 American games giant Take-Two Interactive had an impressive first quarter for its fiscal year as its revenue grew 54 per cent year-on-year to $831.3 million.

This represents a significant leap on last year's $540.5 million for the quarter ending June 30th. On top of this, the amount of money generated through recurrent consumer spending – in-game purchases, virtual currency and DLC – increased from 52 per cent to 58 per cent of total revenue.

2K Games' parent company has attributed its success to multiple mainstay games, such as the WWE series and Grand Theft Auto. However, Take-Two also pointed out that the mobile games developed by Social Point, including Tasty Town and Word Life, have contributed to its success. Evidently, the platform will be a push for the company as it has 21 games "planned specifically" for mobile.

"Fiscal 2021 is off to a terrific start with first-quarter operating results that significantly exceeded our expectations, including fiscal first-quarter records for GAAP net revenue and Net Bookings," said Take-Two CEO and chairman Strauss Zelnick.

"Our extraordinary results were driven primarily by the outperformance of NBA 2K20, Grand Theft Auto V and Grand Theft Auto Online, Red Dead Redemption 2 and Red Dead Online, and Social Point's mobile games. As a result of our better-than-expected first-quarter operating results and increased forecast for the balance of the year, we are raising our fiscal 2021 outlook, which is poised to be another great year for Take-Two.

"With the strongest development pipeline in the history of the Company and our ongoing investment in emerging markets, platforms and business models, Take-Two is exceedingly well-positioned to capitalize on the many positive trends in our industry and to generate growth and margin expansion over the long-term."