"We are grateful to our investors for their confidence in our team's ability to identify talent, trends, and opportunities in the gaming and esports space" 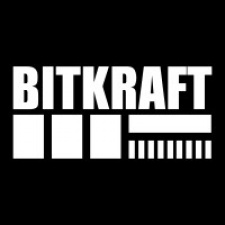 Bitkraft Esports Ventures has secured a $165 million venture capital fund to continue to invest in the games industry.

Initially, the esports-centred company wanted to raise $125 million, only to have it exceeded with an extra $40 million. Those who contributed to the fund include JS Capital, Adidas, Logitech, Declaration Partners, WPP, Advance, and Carolwood.

Founded by Jens Hilgers, Malte Barth, and Scott Rupp, the company is led by Hilgers, the former CEO of ESL.

"We are grateful to our investors for their confidence in our team’s ability to identify talent, trends, and opportunities in the gaming and esports space," said Hilgers.

"At Bitkraft, we don't just support forward-thinking entrepreneurs with capital, but also provide experience, resources, and our global network. While we are living in challenging times, our industry is experiencing strong tailwinds and unprecedented opportunities. There is no better time for BITKRAFT to invest."

Since its first pre-seed funding in 2017, when it raised $18 million, Bitkraft Esports Ventures has made several investments within the games industry. Earlier this year, the venture capital firm contributed to the funding of a new studio dubbed Bazooka Tango, founded by the creators of Vainglory.

Moreover, the esports-focused firm led an investment round for PatronGG in December 2019, as the company sought funding for its Kokyo esports app.