Aging up art and using colour psychology to boost installs 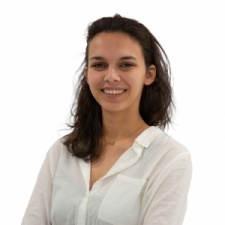 As part of Pocket Gamer Connects Helsinki Digital, Lab Cave business development executive Anna Frangogianni looked at a case study of bringing new life to a game when it didn't launch as expected.

The game in question was Love & Dating Story, which had around 500,000 pre-orders on iOS but was seeing around 30 installs a day on Google Play in the first few weeks.

The first step to revamping the game was to research competitors, looking at their Google Play store listings to determine where the studio was going wrong, as well as user research, which uncovered that while Lab Cave was aiming for teenage girls, its actual audience was 40-year-old women.

Lab Cave then moved on to testing its hypothesis, using A/B testing and testing new icons with different art styles, eventually landing on an icon six months after launch that could only be improved on with very minor changes.

The studio used SplitMetrics to test these different art styles, and found that simply by changing the icon and screenshots led to almost a 14 per cent increase in conversion rate, and a 30 per cent overall improvement for the store page.

The changes went even deeper, with the art team using colour psychology in screenshot text, such as applying a hot red to words like "desire", which also saw an improvement to metrics.

A much more drastic change came from a new title. The game was launched as "My High School Love Story", but was changed to "Love & Dating Story" - the team was keen to keep "Story" in the title as this was an important keyword.