"We are not in our teens anymore; we are a mature industry" 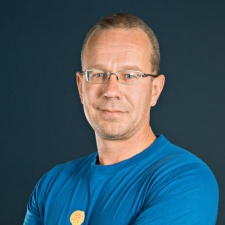 It would be fair to say that the Finnish games industry is lucrative and has produced many great titles through a variety of top developers and publishers over the past 25 years.

At Pocket Gamer Connects Helsinki Digital, Neogames director KooPee Hiltunen discussed the state of the Finnish games industry in a "then and now" superstar session.

Over the 25 years that the Finnish games industry has been active, there have been more than 600 companies, the most active year was 2014 with 260 active studios. However, that number has dropped since then. In 2019, the industry broke €2 billion.

"We are not in our teens anymore; we are a mature industry," said Hiltunen.

"The beginning of 2000 was a recession for the Finnish games industry," said Hiltunen.

However, come 2004, the country had a big boom in the mobile games market. From 2004 to 2007, the first big mobile game studio acquisitions took place in Finland. When the App Store hit, it propelled the Finnish market forward, as the country had already been developing mobile games and it now had a different outlet to distribute its games.

By 2012, many international investors had put money behind the Finnish games industry.

In 2012, Supercell came on to the scene with Clash of Clans, propelling Finland forward, making a major impact in the mobile space.

"The reason behind Supercell's success was it was one of the first to implement a free to play model," said Hiltunen.

Of course, in 2009, the world was introduced to Angry Birds, courtesy of Rovio, another hugely successful Finnish games company. Not only was the game a success, but it also spun an entire franchise that has seen multiple successful games, and two big-screen movies that proved to be massive hits.

Since returning to school in the fall semester, the number of COVID-19 cases among students, faculty…

One and a half years since the pandemic, surveys show that Republicans are less worried about the…