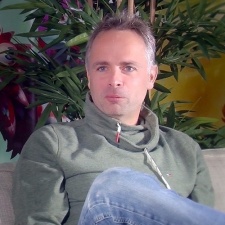 Rayman and Beyond Good and Evil creator Michel Ancel has reportedly left Ubisoft due to misconduct investigations.

According to Kotaku, who translated an article by Libération, Ancel admitted to being under investigation when being interviewed by the French newspaper. Namely, the games development vet was accused of having a toxic management style when creating Beyond Good and Evil 2.

Furthermore, Ubisoft has since confirmed that Ancel was under investigation, and it is currently "ongoing."

"[Ubisoft CEO] Yves Guillemot committed back in July that any allegation will be investigated and no one will be outside of that process – and this would include Michel Ancel. And as Michel confirmed to the journalist at 'Liberation,' he is under investigation," said Ubisoft in a statement.

"The investigation is still ongoing, and we have nothing further to share as we respect the confidentiality of this investigation."

Ancel confirmed he had left Ubisoft last week, as he looked to focus on his second passion, wildlife.

However, despite the newspaper reports, Ancel has since taken to Instagram to call out Libération on its "fake news."

"Take a few people with rage and jealousy and let them speak in the name of hundreds. Publish the news fast so that it combines with sexual harassment from other news at Ubi soft. Is this serious? Is this what you expect from a national newspaper. I will fight for the truth because such accusations are a shame," wrote Ancel.

"I worked hard on every one of my projects and always had respect for the teams.

"I bring a vision, and producers and managers decide what to do, when and how. They are powerful people in the making of such big projects. Why don't journalists speak about them?"

He went on to refute claims that he always changes his mind, as he explained: I've spent years explaining why the city should not be redone from scratch. Hours explaining that characters were good enough and did not need to be redone. Same for planets and all. But sometimes some people in the team changed things despite my advice. Managers are here to solve this.

Ancel concluded: "The news from liberation contains fake Information revealed by few people who want to destroy me and the projects. This can't be done without me fighting every single line of that news. I've offered the journalist the opportunity to take enough time to look at all the mistakes. Let's see what he will do."

Ubisoft is investigating recent allegations made against staff