No figure placed on the deal, first acquisition for the indie publisher 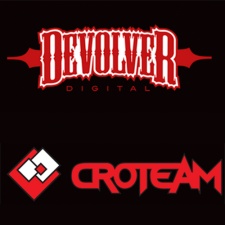 US indie publisher Devolver Digital has bought the studio behind Serious Sam and The Talos Principle, Croteam.

The deal was announced in a post on the former's website, which positions the acquisition as the two companies getting married. No figure has been placed on the deal.

Croteam was founded back in 1992, but the developer really rose to prominence with Serious Sam, which debuted in 2001. That title was published by Gathering of Developers, which featured several members of staff who would go on to found Devolver in 2009.

"A decade ago Devolver Digital was just getting started and looking for its first project to partner on in the emerging digital distribution world," the post read.

"Similarly, Croteam was on the search for a partner it could trust to help them bring their beloved franchise back to prominence with the upcoming Serious Sam 3. And like that, the next big Serious Sam game brought old partners back together and forged a decade of friendship and dedication.

"Devolver has acquired Croteam...or maybe Croteam has acquired Devolver...who could really know at this point in the relationship. What’s certain is that our future together is ultra exciting with new projects like The Talos Principle 2, more Serious Sam games, and original IP from Croteam and the Croteam Incubator studios. Croteam will of course keep total creative freedom and Devolver Digital gets to keep making dumb recommendations that Croteam just ignores - we prefer it that way."