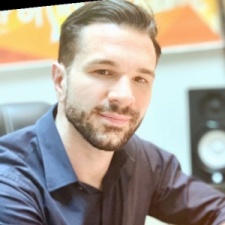 There are several reasons why games developers may choose to become indie. However, should they perhaps shift their focus to hypercasual mobile games?

Tanasic claimed he could see the appeal of becoming an indie dev. Indie games can be a hit, with developers being able to create a game that they would play themselves. They have limitless creativity, and some indie developers get a huge break with overnight success.

"I'm here to tell you hypercasual games are probably the most diverse of games," said Tanasic.

"Working on hypercasual games is like doing a game jam every day."

The gameplay is the most important aspect of a hypercasual title. They must be fun to play; the graphics, story and characters are not so important. So long as a hypercasual game is fun, it is likely to perform well.

"It is mostly about gameplay, though graphics do matter a little bit," said Tanasic.

Furthermore, there is a short development time for the genre; a prototype can be developed in less than a week. Through this, developers can save a lot of time as opposed to working on a project that may get scrapped further down the line.

As Tanasic pointed out, hypercasual developers get to work on something new near enough every week, which helps to keep things fresh and exciting.

Moreover, there is a cheaper production for hypercasual titles. As such, asset packs are more acceptable, scripts tend not to be so complex, the sound is not necessary, and the genre does not require a lot of content.

"There's no expectation of having eight hours of game time. You can do much less than that as long as the game is fun," said Tanasic.

On Steam, indie devs may not see even $5,000 in its first two weeks of release, which indicates that the game will not be sustainable for the developer.

However, with hypercasual, they can be developed by a team of three, or less. Furthermore, neither time nor money will not be wasted on a project that will not work.

Moreover, if an indie dev were to work with Kwalee, the developer would not have to worry about QA, integrating SDKs, localisation or marketing, as the publisher will do "the heavy lifting."