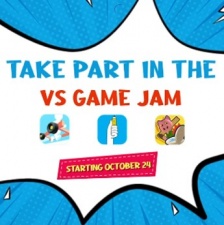 Games publisher Kwalee has unveiled its latest game jam called the VS Game Jam, with the top entrant set to receive at least $500,000 if the right conditions are met. This will be the biggest install bonus offered by Kwalee thus far.

The UK-based company will be running the game jam from 24 October to 13 November 2022, and the $500,000 will go to the top developer with a Kwalee publishing deal attracting more than 10 million US installs.

This time around, Kwalee’s event is focusing on versus games with core ideas including PvP and Player vs. CPU. A mobile approach to a long-running formula, achieving targets ahead of rivals should be the biggest challenge in each game.

Furthermore, as an online event, the VS Game Jam is free for all to participate in. Newer developers seeking to break into hypercasual are being especially encouraged, as are established game developers and studios.

Experienced Kwalee publishing managers will be assessing games submitted during the active time period to Kwalee’s publishing portal, with those rated most highly then being considered for a publishing contract and market testers. Whilst the top entry will receive the $500,000 prize, a collection of Apple systems will be awarded to runners-up valued between $2,000 and $4,000.

"Not knowing where to go next with a potential mobile hit can be a challenge," said Kwalee head of mobile publishing William Cox. "We wanted this Jam to be a great opportunity for anyone who needs the support of a leading game publisher. Given there's a huge potential reward on the table if a game performs well, then what’s there to do other than try?"