"Betting on esports has never been bigger" 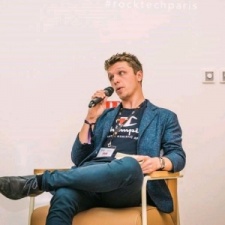 In recent years, the esports scene has gone from strength to strength. As such, new opportunities have arisen within the sector.

As part of Pocket Gamer Connects Digital #4 Esports Insider managing director and co-founder Sam Cooke took to the stage to give an overview of the ecosystem and the commercial opportunities of esports.

Many brands are involved in the world of esports, some of which may come as a surprise such as Nestle. As opposed to tech giants that aid in esports such as Intel.

Furthermore, there are significant sites that now cover esports, to a certain degree at least.

There are several popular titles that have embraced esports, such as Fortnite, PUBG and Call of Duty. Moreover, on the mobile front Clash of Clans and Summoners War have also embraced competitive gaming.

At the top of the esports ecosystem sits game publishers and developers. The way that these companies approach esports can have a massive impact on the industry. One such example would be Riot Games with League of Legends.

Next, sits the tournament organisers, ESL and Dreamhack are two examples of such companies. Furthermore, the teams are also high up in the ecosystem; there are many squads worldwide.

There are plenty of active brands involved with the esports scene, of which the three main types are bookmakers, gaming tech and apparel, fashion and sportswear.

"Betting on esports has never been bigger," said Cooke.

Due to COVID-19, real-life sports were canceled for several months. Due to this, gambling sites added esports to their offerings. Therefore, competitive gaming has seen a big increase in betting.

The first bookie to offer esports odds was Pinnacle in 2010. Since then, not only have more added esports to their own offerings, but some have begun to sponsor teams within the space.

Meanwhile, gaming tech companies such as Corsair are the ones that create the technology to "make esports happen," such as headsets and keyboards. However, fashion and apparel companies are known to sponsor and form partnerships with teams. Recently, Louis Vuitton joined the scene through League of Legends.

There are several main channels when it comes to revenue in esports. These include media rights, merchandise and sponsorship. The latter of which is "vital in making esports happen right now."

Furthermore, revenue can come from ticketing, publisher fees and streaming. Moreover, earnings can also come through other avenues such as education.

PGC Digital: A look at esports in Asia