"Non-gamers don't exist in this day and age" 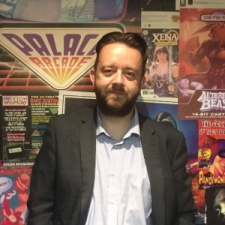 In a world where esports continues to grow and gain momentum, how can new fans be attracted?

As part of Pocket Gamer Connects Digital #4, a group of experts sat on a panel to discuss attracting non-gamers to esports.

"It's hard to define who a non-gamer is because mostly at this point people play one game or another," said Karstaedt.

Around the world, many people own a mobile device, and as such, a lot of users have at least played a mobile game. Furthermore, Wong added that he believed most people are into gaming, especially in the Western part of the world.

Meanwhile, in the Middle East, "have arguably the highest mobile penetration rate in the world." Furthermore, on those devices, there is at least one game, as explained by Wride.

The general consensus by the panel is that "almost everyone is a gamer," in some capacity.

"Non-gamers don't exist in this day and age," said Kissack.

Many people can play Esports; there are various levels of competitive gaming, such as grassroots. Moreover, on top of pro teams, university teams could also be followed and amass fans.

As you go down the levels, there are ways to attract new esports fans.

"Esports has a much broader potential than basketball or hockey," said Bobrovich.

When it comes to playing games, anyone can get involved in a competitive title. It is easier to get into than physical sports, one game can be played, but if you lose, then there is no harm done for a single game.

Esports is one of the few sectors that has the tools to reach all the far reaches of the world through streaming. Not all areas will have a venue, but esports can be streamed thanks to the likes of Twitch and YouTube.

"Mobile naturally has the advantage of attracting non-competitive players into esports," said Wong.

The reason being that everyone owns a phone. Therefore, mobile esports is much more accessible than that of PC esports. Moreover, competitive matches are much shorter than their PC counterparts.

On Mobile, Honor of Kings, for example, has a playtime of 10 minutes for a match, sometimes less. Meanwhile, on League of Legends, players are looking at 20 minutes minimum for a game.

Furthermore, mobile games, due to the design of titles and accessibility, brands are attracted to the platform, which can aid esports.

When it comes to attracting people to esports, there are two sides, viewers and players. As explained by Wride, it is easier to draw a new viewer due to not needing to learn how to play the game.

However, on the playing side, some may have to play a game to learn it, while others will discover the ins and outs of a game through watching.

Once a gamer has been attracted to viewing esports, there could be a natural progression into playing competitive games.

The younger generation has grown up in the digital age. As such, many already watch influencers and streamers on Twitch and YouTube. Therefore, Karstaedt asked the question, "why do we need to attract non-gamers to esports?" when all of this is already going on.

When faced with the question of money, Wride explained that "It's all skewed towards sponsorship and advertising."

Due to this, a viewing audience is essential to generate money through esports.

Thanks to the coronavirus, some real-world sports turned to a digital means, an example would be FIFA as it used real-life stars to bring the fans of traditional football to watch the virtual game, purely because physical matches were not on due to COVID-19.

However, it is worth noting that the online FIFA tournament with professional athletes was not professional competitive gaming; it was more a form of entertainment for fans whilst real-world sports were unavailable.

Another sport to adopt this over lockdown was Formula 1. Professional drivers took to the digital track to compete with fans.

"If you can't have classical sports in situations such as COVID, then you can have esports," said Karstaedt.

PGC Digital: META Games COO believes KPIs are the "best way to align teams and people towards a goal"