Learn how rob0's platform can aid in arduous game testing 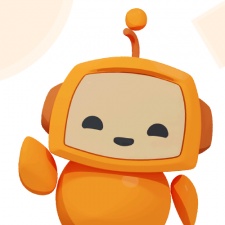 Getting feedback is the best way to improve a mobile game experience. Unfortunately, organising a game playtest can be difficult.

After 20 years in the gaming industry, Richard Rispoli had worked on blockbuster titles like Tetris, Brat and World Series of Poker, as well as his own indie releases and Unity experiments at his studio Back to the Game (B2tGame).

Across the many projects Richard had been involved with, one issue was constant.

“Organisng a playtest for mobile games was always a total nightmare,” said Rispoli in a recent interview.

“No matter how big or small the team was, we always had to work so hard. Setting up the test and pulling meaningful insights out of the data was always a challenge.

“Experienced playtesters would bias the results and often not represent what happens in real play” he continued. “We couldn’t tell exactly when or why most players were quitting and there wasn’t a tool on the market able to clearly show us.”

In 2018, with this problem in mind, Rispoli decided to assemble a team to explore solutions for the common game playtest issues: having the correct release build, collecting user surveys and analysing hours of game footage.

“We love it when people play our mobile games, but watching the footage to figure out where we could improve can waste a lot of time.” Rispoli shared.

To expedite the process, the Montreal based team dug deep into how artificial intelligence (AI) could spot the patterns and generate insights.

rob0 is a visual analytics tool for game development. It captures all playtest experience data, then uses AI to highlight patterns that show exactly when and why a user quits playing.

The platform is free to try, allowing all developers the opportunity to test their game on any two connected devices. Additional devices can be connected by choosing an affordable monthly plan.

How does rob0 make playtesting a game easy?

Creating a game is a dynamic environment. As the development team iterates on the code, it can be difficult to ensure quality assurance is working with the latest version.

“I’ve organized many playtests where we took more time to set-up the testing devices than we did collecting user feedback,” Rispoli shared. “Our goal was to keep the configuration of tests to an absolute minimum.”

To solve this, rob0 uses a no-code SDK that lives within the game. By having the tool automatically included in every build, QA can be done by quickly linking the device and letting users play. There is no need to adjust the permissions or settings on the testing device.

Once linked to rob0, a user simply has to open the app and play. The software acts as visual memory for everything that happens within the game test.

Game data is always plentiful and flooding out of every tool and dashboard connected to a project. Instead of adding more charts and tables to understand, the rob0 team focused on keeping their analytics interface visual.

“The goal is to spend the least amount of time trying to understand,” Rispoli explained. “We are always trying to think about how to show the issue and the answer as clearly as possible.”

The color coded bands highlight common events within each session. This makes it easy for developers, game producers and creatives to quickly scan all captured experiences and go directly to where the problems are occurring.

Playtest user sessions can also be sorted via tags. Comments can be added on specific moments in a session replay, making sharing bugs visual and effortless.

Innovation is born out of experience and a clear understanding of the problem at hand.

“With rob0, I want to bring a solution to the problems that have frustrated me throughout my career,” Rispoli continued.

“And listening to fellow developers is the best way to make sure the issues I experienced are shared by the community at large.”

Throughout the closed beta of rob0, the team kept an open line of communication with Unity developers working in VR and mobile games. Many of the insights provided by the community have made it into the current product and development roadmap for the future.

“We believe that telemetry and analytics are important, but shouldn't replace the reality of real players playing the game. rob0 helps keep the game experience the top priority so developers can communicate internally and base their decisions on facts.”

rob0 officially launched at Canada’s leading event for the gaming industry, MEGA/MIGS. Anyone interested in trying the features of this analytics tool can sign up for free via the company website https://rob0.io.