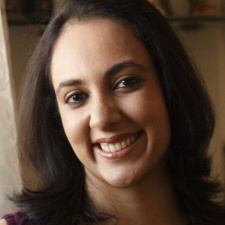 "The amount of effort that you put in - depending on the type of game or genre you have - can make a big difference," continued Iyer.

When approaching different types of monetisation, Simola recommending trying lots of different things such as season passes and expansion. He also encouraged developers to try multiple methods and "find what's suitable for the game".

"It's always important to check in on players if they are spending more time or money in-game than normal," said Casey, when speaking about the RuneScape community.

The product director revealed that the average player metric for users on RuneScape is around seven-years-old. The studio initially went with a traditional advertisement monetisation approach, before moving to a subscription service and now utilising a hybrid system of both.

Casey continued by stating that the studio has a "duty" to look after their players, making sure they are comfortable with their spending. RuneScape has addressed this by introducing a number of in-game messages. The theory behind this is that in the long-term, the community will repay the faith, which considering 2021 is the 20th anniversary of the fantasy MMO seems to have merit.

RuneScape developer Jagex has recently been acquired once again, with The Carlyle Group reportedly paying $530 million for the studio.