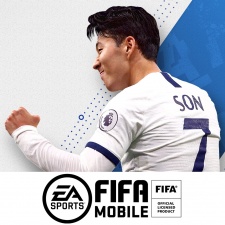 Football-based mobile games grew by 20 per cent in 2020 as they generated more than $600 million, according to a report from GameBiz.

The impressive growth can be attributed to the ongoing pandemic, as many people were confined to their homes last year, forcing them to turn to mobile games as a means of entertainment.

Moreover, the coronavirus caused live sports events to come to a standstill, with fans still unable to attend matches personally. As such, football titles are the primary way of fans getting interaction with the sport.

The category features games from some big-name players such as Electronic Arts and Konami. Of which the former has six new mobile football titles in the works.

“Contributing to the idea that category growth will continue to increase in 2021, one of the biggest publishers, Electronic Arts, announced in October that they are developing six new football games for mobile,” reads the report.

However, while the category may be growing in terms of revenue, it is declining when it comes to downloads.

“Unlike revenue, downloads in the mobile football category are declining year-over-year, indicating a shrinking audience and placing even more emphasis on long term engagement and live ops strategy,” the report reads.

North-East Asia is the most lucrative market for football games on mobile, as the region accounts for $445 million of the total revenue generated last year. Next is Europe, with the continent contributing $84 million.

Meanwhile, the Americas, the Middle East and Africa, South-East Asia and Oceania are responsible for $40 million, $18 million, $38 million and $2.8 million.

However, the Americas – the US, Canada, Brazil, Mexico and Chile – racked up the most downloads with 143 million. It was followed by South-East Asia with 118m, while Europe and the MENA region picked up 83m and 84m, respectively.

North-East Asia and Oceania trail behind with 16 million and 1.7 million installs, respectively.

“The top 10 games have generated more than 75 per cent of all revenue in the category, but only four of the top-grossing games are also among the top ten downloaded ones,” reads the report.

“We show how their market share has been changing throughout 2020, both with regards to revenue and downloads.”

Overall, with a market share of 24.4 per cent, eFootball PES proved to be the most lucrative mobile title, followed by Captain Tsubasa with 8.5 per cent.

The top five mobile football games were rounded up with FIFA ONLINE 4M, FIFA Soccer and Top Eleven. They held 7.8 per cent, 7.3 per cent and 5.5 per cent of the market, respectively.

However, the only one to crack into the top five for downloads was FIFA Soccer, which took fifth place with 6.5 per cent of total installs.

Meanwhile, the majority of downloads, 12.6 per cent, came from Dream League Soccer. It was followed by Score! Hero, World Soccer and Football Strike with 8.2 per cent, 7.7 per cent and 6.5 per cent of all installs.