Across more than 70 countries 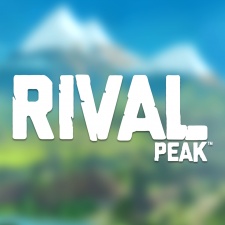 The season ran for 12 weeks and has proved to be immensely popular, particularly on mobile devices.

"Our goal with Rival Peak and Speak was to create an altogether new entertainment experience that merges lean-back entertainment (TV and livestreaming) with interactive entertainment (games)," said Genvid CEO and co-founder Jacob Navok.

"Facebook has been an incredible partner in this process. Using their platform, we were able to seamlessly weave a global, mobile-first experience across livestreaming, VOD and games that could reach tens of millions.

"This tremendous success is a palpable proof of concept for this new entertainment format, and we're already looking forward to running even bigger MILEs with major partners that will be announced in the future."

However, it is worth noting that Rival Peak was not available on iOS devices till January 2021, at the halfway point of the season.

Views from across more than 70 countries tuned in, including the likes of Mexico, India, the Philippines and the US. On average, viewership grew 40 per cent week-on-week.

"While we are game developers at Pipeworks, at our core, we are creators and inventors," said Pipeworks Studios CEO Lindsay Gupton.

"Not too long ago, we wondered how we could leverage the groundbreaking work we were doing in emergent AI and social broadcasting to create a uniquely interactive live experience. From there, Rival Peak was born, brought to life with Genvid's unrivalled interactive streaming tech and DJ2's tremendous storytelling abilities."