Downloads grew by 15 per cent 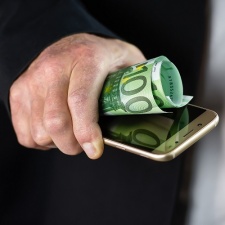 According to data provided by App Annie, consumer spending on mobile games reached $22 billion in Q1 2021.

The majority of revenue through games came from the App Store with $13 billion, representing a growth rate of 30 per cent year-on-year.

Meanwhile, Google Play saw a rise of 35 per cent as it generated $9 billion between January and March 2021.

Overall, consumer spending across all games and apps hit $32 billion in Q1, an increase of 40 per cent year-on-year.

Roblox proved to be the most lucrative title, followed by Genshin Impact, which recently crossed $1 billion in player spending.

The top five mobile games via revenue were concluded with Coin Master, Pokemon Go, and Honor of Kings.

As for downloads, consumers installed around one billion games weekly in Q1 2021, growing 15 per cent year-on-year.

For Q1, Supersonic Studios' Join Clash 3D reigned supreme with the most downloads, followed by indie hit Among Us.

The games that boasted the most monthly active users were Among Us, PUBG Mobile, Candy Crush Saga, Roblox, Free Fire, Call of Duty: Mobile.