"Today marks a key milestone in our journey…" 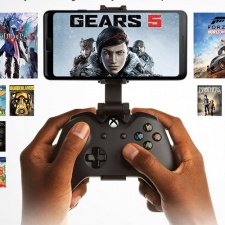 The US tech firm confirmed the move itself (via a blog post), meaning that any Xbox Game Pass Ultimate members that possess Apple phones can now access more than 100 games across 22 countries. Windows 10 users can also utilise Xbox Cloud Gaming going forward.

Additionally, Microsoft has upgraded its datacenters so that the technology is now being powered by custom Xbox Series X hardware, enabling faster load times and improved frame rates.

Streaming will be limited to 1080p and 60fps - something that Microsoft tested in March this year - to ensure the lowest latency and best experience, according to the company.

"Today marks a key milestone in our journey to bring the Xbox experience to all gamers, and we can’t wait for you to begin playing," wrote Xbox Cloud Gaming vice president and head of product Catherine Gluckstein.

"I remember about three years ago, the first time I picked up a phone and played a cloud game, using nothing but touch controls. It’s a moment I’ll never forget, where the beauty of the graphics mixed with the creativity of technology to create something truly magical."

Those that are subscribed to Xbox Cloud Gaming can access the service by going to xbox.com/play via Microsoft Edge, Google Chrome, or a Safari web browser on a mobile or PC device.

Xbox Cloud Gaming originally came to Android in September 2020, however, the company began a testing phase on iOS in April - suggesting a full launch was not far off.

Microsoft recently revealed that Windows 11 will enable users to access Android apps via the Amazon Appstore once the free update rolls out later this year.