Skybound Entertainment will also operate its own game in the metaverse 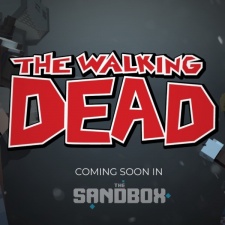 Blockchain-based user-generated content platform The Sandbox from Animoca Brands has partnered with The Walking Dead.

There are two main elements to the deal. The first will see The Walking Dead IP holder Skybound Entertainment owning and operating a large land area within The Sandbox metaverse. Here it will host The Walking Dead interactive environment in which players will have to survive in a walker-infested habitat by scavenging for food, gathering resources, building walls, nurturing relationships and making alliances.

The second part will be the sale of themed NFTs. These will range from game items, equipment, wearables and decorative digital assets to characters - including Rick Grimes, Michonne and the "Walkers" themselves.

Players who own these items will then be able to use them to build their own games and experiences, mashing them up with assets from other IP that are also live on The Sandbox. These currently include the likes of the Care Bears, The Smurfs and DJ/musician Deadmau5.

Consisting of 166,464 land plots, which are all NFTs secured on the Ethereum blockchain, The Sandbox metaverse allows creators to make and trade in-game items and build out their own sandbox experiences for themselves and other players to enjoy.

Currently still in development, it's expected that the first public playable version of The Sandbox will be tested in summer 2021 on PC, with mobile support expected to follow later.

"Our collaboration with The Walking Dead provides a whole new level of entertainment to our gaming metaverse, being one of the most exciting additions to our growing list of well-known IPs that exist alongside user-generated worlds created within The Sandbox,” said The Sandbox COO and co-founder Sebastien Borget.

"It was important to us to offer a rich The Walking Dead experience in The Sandbox and leverage this first chance for players to create and share their own, user-generated new adventures featuring characters created by Robert Kirkman."

Players can set up an account for The Sandbox and gain a free The Walking Dead backpack via the following link.

Animoca Brands recently raised an investment of $139 million from companies including Scopely and Samsung.