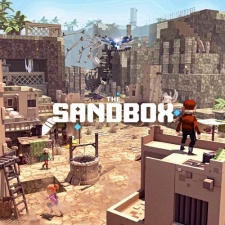 Animoca Brands subsidiary The Sandbox has raised $93 million following a Series B funding round.

In The Sandbox, players can use its play-to-earn model to monetise their time spent within the metaverse, through buying and selling resources with other players.

The funding raised will be used to scale the firm’s growth strategy, operations and user acquisition.

"This investment will help fuel the growth of The Sandbox creators’ economy as we expand beyond gaming into fashion, architecture, virtual concerts and shows, art galleries, museums, and more," said The Sandbox co-founder and CEO Arthur Madrid

"We are developing an entire ecosystem that opens new digital job opportunities for players and creators in our open NFT metaverse."

To date, The Sandbox has generated over $144 million in gross merchandise value and has over 500,000 users with a connected wallet in its ecosystem.

The platform has already formed over 165 brand partnerships, including The Walking Dead, The Smurfs, Care Bears, Atari, and CryptoKitties, to create voxelized versions of their worlds and characters in The Sandbox metaverse.

The Sandbox co-founder and COO Sebastien Borget added: "Adding new strategic partners such as Liberty City Ventures and Galaxy Interactive will also benefit The Sandbox’s global reach and expand the network of brands, IPs, and gaming studios interested in entering an open metaverse focused on a player-owned economy and user-generated content."