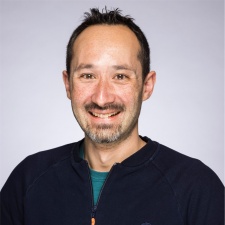 Cosmo Media Labs has announced its official launch after securing an investment from Animoca Brands subsidiary The Sandbox.

Whilst Animoca Brands are no stranger to partnership and investments as we have seen from the recent proceedings of the WePlay Media acquisition, this will mark the first time The Sandbox has invested in an independent production company.

Cosmo Media Labs is a multi-functional production studio for content and gaming as well as media strategies for IP and brand partnerships. They aim to bridge the gap between old and new media through their branded content strategies.

The first major project is with Complex Networks to create a content landscape. Cosmo is building the infrastructure within The Sandbox by developing games, building social hubs and digital experiences.

Alexander Bushnell, Ceo and Co-founder of Cosmo Media Labs, commented on the new partnership saying “We’re excited to team up with The Sandbox and work with top creators, brands, and IP holders to unlock their full potential in the new era of digital entertainment and Web3” Bushnell then went on to say “The Sandbox is the leader of the evolving open metaverse space and its investment and support will allow us to accomplish this at scale. We are proud to work together to bring brands a clear understanding and strategy of how to best leverage the power of their IP within the new landscape of interactive entertainment and digital ownership.”

COO and Co-founder of The Sandbox Sebastien Borget also spoke on the aim of the partnership and how the metaverse is redefining the creator economy “We’re excited to support the Cosmo Media Labs team through this investment as it is a production studio that can bridge between media and help shape the culture of the metaverse to bring the innovation of Web3 through new forms of experiences that provide an accessible and meaningful format of entertainment.”

Parent company Animoca Brands made our top 50 game makers list and The Sandbox has recently unveiled its latest Alpha Season 3.