Over 800 mobile games make more than $1 million every month 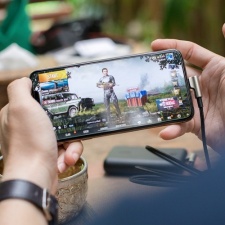 810 mobile games have generated over $1 million through player spending every month in the first half of 2021.

This data was confirmed by App Annie as part of its "2021 Mobile Gaming Tear Down" report, which showed that the number of mobile games earning above $1 million on a monthly basis has increased by 25 per cent over 2019.

$1.7 billion was spent on games via iOS and Google Play during the first six months of the year, representing a 40 per cent rise. Game downloads similarly increased by 25 per cent over the same period to one billion installs.

It was also reported that five billion hours of play is spent per week playing mobile games, a jump of 35 per cent over 2019 on Android. On average, users spend $9 per month per device among the top three markets globally, with Indie claiming the top spot. Those in Brazil and the US then followed in second and third, respectively.

The rise of mobile games revenue is only increasing more so, with App Annie predicting that the industry will reach $120 billion in 2021.

"The console and mobile experiences are merging; mobile devices are now capable of offering console-like graphics and gameplay experiences along with cross-platform competitive and social gaming features. The gaming market at large will benefit from increased engagement," reads the report.

So far, Honor of Kings, Genshin Impact and Roblox have secured the top three positions for consumer spending across games.

Not to mention, CrazyLabs announced its intention to acquire Firescore Interactive to boost its Indian hypercasual ecosystem.