The Battle of Polytopia IAPs have generated $185,000 for African solar power investment

Investments made through Swedish company Trine 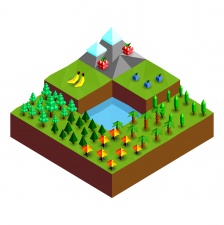 Swedish developer Midjiwan has announced that players of its game The Battle of Polytopia have now distributed more than $185,000, which has been invested in solar electricity projects in Africa.

The Battle of Polytopia is a strategy game in which players can buy different tribes. If they buy the Zebasi tribe, the proceeds go to charity.

The investment is made through Swedish company Trine.

It's also estimated this has saved more than 2,000 tons of CO2 emissions.

“We want to make a statement that playing our game is definitely not a waste of time. As a player you can actually help real solar energy projects get implemented in rural Africa,” comments general manager Christian Lövstedt.

Famously, The Battle of Polytopia is available on the App Store, Google Play, Steam, and in all Tesla cars.

Safe In Our World celebrates its three year anniversary