Will release in early December 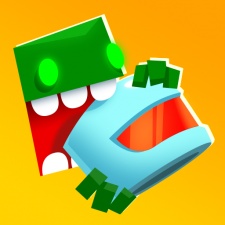 Cut the Rope developer ZeptoLab has revealed that its latest game, Downhill Smash, will be released in early December.

Developed in collaboration with Hipster Whale, best known for Crossy Road, Downhill Smash is a physics-based action game where players slide down a mountain on a giant boulder.

The world in Downhill Smash has been overrun by zombies, with the player’s objective being to eliminate as many zombies as possible before their fuel runs out.

Players can equip their unconventional vehicle with various weapons, including machine guns, lasers, chainsaws and spikes, and upgrade the boulder to move faster for longer.

"We are super excited to launch Downhill Smash - It was a blast to work with Hipster Whale," said ZeptoLab COO Max Petrov.

"As a company, they encompass the same values as us - innovation, quality, fun - so it was bound to be a great collaboration.

"Throughout the development cycle Downhill Smash was very well received by players, boasting over 50 per cent D1 retention and a very high install rate. We can’t wait to share the fun when the game hits the app stores early in December."

Hipster Whale CEO Clara Reeves added: "It was fantastic to collaborate with ZeptoLab in bringing this game to life. We have no doubt players will get just as hooked as we did smashing zombies down a mountain."

Downhill Smash is currently available for pre-registration and will release early next month on the App Store and Google Play.