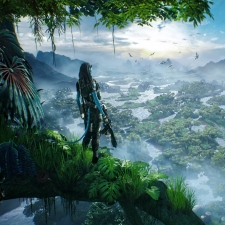 Avatar: Reckoning, an upcoming MMORPG shooter based in the world of James Cameron's Avatar, has been revealed for iOS and Android devices, with a release date scheduled for later this year.

The game is being developed by Tencent-backed Archosaur Games, in partnership with Tencent, Disney, and Cameron's production company Lightstorm Entertainment.

Set in the world of Pandora, players will create a character and meet new Na’vi clans, fighting alongside them against invading human RDA troops across single-player, co-op, and PvP modes. Additionally, there will be gear and weapons to equip, missions to complete, and a levelling system.

Avatar is the highest-grossing movie of all-time at approximately $2.8 billion (according to Box Office Mojo), with Disney seemingly looking to expand the standalone film into a franchise.

There are in fact two Avatar games with release dates this year, with the other being Ubisoft’s Avatar: Frontiers of Pandora. Whilst Frontiers is not planned for mobile, it is noteworthy that both titles are set to be released in the same year as the next Avatar movie, Avatar 2, which is due to be released on December 16th, 2022.

Later this month there are plans for a closed beta of Avatar: Reckoning in Canada, with eligible players able to sign up to participate on the official website.

Wimo Games recently announced that its debut mobile title, RPG Dice: Heroes of Whitestone, will be launching on iOS and Android on January 18 2022.