Aiming to tap into the "next generation of gamers" 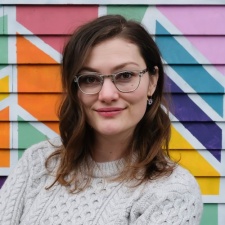 Gaming community platform Game Jolt has launched its mobile app on the App Store and Google Play to expand its Gen Z community.

Before the app went live, Game Jolt had over 100,000 mobile instals pre-launch and started 2022 with four million MAUs across its website, app, and desktop app.

Last year, Game Jolt raised $2.6 million in seed funding to grow its platform and the firm’s expansion into mobile aims to tap into the "next generation of gamers" that are estimated to spend over five hours on their mobile devices each day.

Over the coming months, Game Jolt has stated that it will implement monetisation opportunities across its creator economy on the platform.

A place for Gen Z

"It's clear to us that Gen Z is tired of generic social media and they want a place specifically for gaming that supports all types of content they're creating - art, videos, thoughts, and livestreams all in one place." said Game Jolt founder and CEO Yaprak DeCarmine.

DeCarmine’s goal is to turn Game Jolt into a "24/7 party" where there is always something fun or exciting for users to experience.

To commemorate the launch of the app, Game Jolt will be giving away a PlayStation 5 and an Alienware x15 gaming laptop via an in-app contest.

Last month, mobile social gaming app Bunch announced a second version of its app to poise itself for the metaverse, including NFT integration.

"To all women considering joining the games industry or building their own company - I did it. You can too."