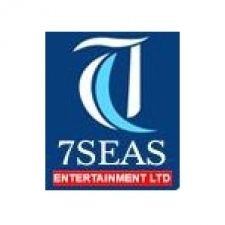 Currently, Gamer Shorts already has 25 short and easy mobile games in place. The application will include games that are designed to be quick, easy to play, and simple while providing swift and brief news on the gaming industry alongside the fun.

Gamer Shorts' quick games will come with a variety of genres such as racing, puzzles, and arcade sports, which are available to players. Meanwhile, the application's brief news will focus on information about hardware, PC, esports, metaverse, NFT, and mobile device reviews.

"These games typically do not necessitate a high level of game comprehension. They can be played by simply clicking the game and starting it right away. The Gamer Shorts app, which contains over 25 such simple games, is now available on the Play Store," said 7Seas Entertainment managing director Maruti Sanker.

"The company will soon make the app available to Apple customers. Another significant advantage of these small games is that they are lightweight for Android and iOS, and soon another 25 such short games will be added to the app."

The significance of casual and hypercasual games

The importance of casual and hypercasual games in our society can not be overlooked. Data from Sensor Tower revealed that casual games account for 80 per cent of all mobile game downloads and 35 per cent of in-app purchases. The data also states that word games produce at least twice as much money when ad monetization is taken into account. Furthermore, hypercasual games alone are predicted to bring in $3.4 billion in ad-monetization revenue.

However, mobile game developers are facing greater competition within the casual games market. A report from GameRefinery revealed that 70 per cent of the top 100 highest-grossing iOS games in the US feature meta elements, with an increasing amount of developers adding other gameplay elements to beat the competition.

Earlier this month, the Crazy Summer Challenge invited developers to submit their hypercasual games and test their ideas inside the CLIK Dashboard.