Renovation, construction, and minigames are popping up across the top 100 grossing casual titles 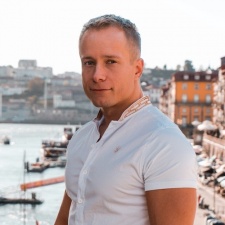 Mobile games developers are facing greater competition within the casual games market, with more and more adding other gameplay elements to beat the competition.

According to a new report from GameRefinery, 70 per cent of the top 100 highest grossing iOS games in the US feature meta elements

In a previous report, GameRefinery highlighted that renovation features are currently one of the most popular meta features in casual games and are present in every one of the top 100 highest grossing casual games in the US.

Construction elements are also growing in popularity alongside renovation features and are now present in 49 per cent of top 100 highest grossing match-three games, compared to 7 per cent six years ago.

In addition to renovation and construction elements, minigames and special playing modes that differ from the game’s core gameplay are also on the rise in the casual games space. GameRefinery suggests that as well as adding variety to games, minigames can be "recycled" across portfolios.

Social features and communities are also growing in the casual games space and are a good way to increase player retention. GameRefinery stated that social features can "broaden the motivation appeal" of casual games and can be added without changing the core game.

According to recent stats from Sensor Tower, casual game developers have also started to integrate season passes into their games, such as Candy Crush Saga and Gardenscapes.