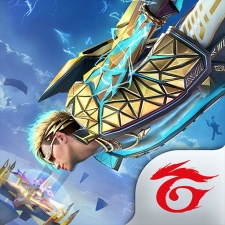 For the second month running this year, Free Fire from Garena was the most downloaded mobile game on the App Store and Google Play worldwide for February 2022.

According to Sensor Tower, downloads of the battle royale reached 21.8 million last month, indicating a rise of 22.7 per cent year-over-year.

Despite the game being banned in the country mid-month, India was the largest contributor to this figure and represented 41 per cent of all downloads, roughly 9.6 million. Brazil followed at 9.4 per cent.

The second most downloaded game was Subway Surfers with 19.5 million downloads, a rise of 45.3 per cent year-over-year. Once again, India contributed the most to this figure and generated 18.8 per cent of all downloads, followed by Brazil at 7.8 per cent.

The number of worldwide downloads across the App Store and Google Play for the month was 4.4 billion, an increase of 0.7 per cent year-over-year. Although a slight rise overall, the number falls behind January’s 5.2 billion downloads.

India was the largest market for mobile game downloads and accounted for 670 million downloads, approximately 15 per cent. The US placed second at 8.7 per cent and in third place was Brazil at 7.8 per cent.

Clash of Clans had its best month for downloads since June 2019 last month with six million global instals, a rise of 48 per cent year-over-year. Sensor Tower noted that the download spike coincided with a game update that brought quality of life features.

In terms of revenue, Tencent’s Honor of Kings was the highest grossing mobile game worldwide last month, with $225 million in consumer spending generated across the App Store and Google Play.