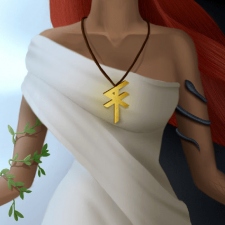 A turn-based tactics game, Knights of Cathen’s "fresh approach" combines tactics and blockchain in a way that will not require prior knowledge or investment. The game will allow players to earn NFTs and CGLD, the in-game economy token, while playing.

While the platform for the new title has yet to be confirmed, gameplay is shown on mobile on the company’s site.

"For the first time in the blockchain gaming space, the player‘s adventure takes the front seat in all aspects of game design," said fivefingergames CEO and co-founder Lukas Anetsberger.

"The player’s enjoyment of playing the game, without noticing the utilisation of the benefits of blockchain technology, is at the forefront of our endeavour. This is the core of our transition from a play-to-earn to a play-and-earn economy."

The Berlin-based marketing and advertising agency ComboStrike has been enlisted to support the game, and Elrond blockchain will be implemented for Knights of Cathena’s in-game economy. A release date has yet to be announced but the game is expected to launch by early next year.

"Knights of Cathena will be a good game first and foremost, not a play-to-earn money machine designed to be grinded. We fully believe in this project and this team and will leverage all our marketing skills to give fivefingergames room to breathe and to concentrate on what they are here to do: revolutionise the field of blockchain gaming," said ComboStrike CEO Christian Szymanski.