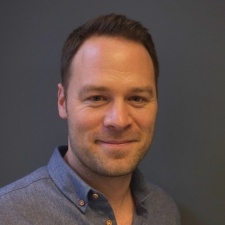 Playstack has revealed its recent charity campaign, Clean Water Pledge, in partnership with charity:water resulted in "hundreds of thousands" of ad impressions.

The ad campaign was launched in March 2021 to raise awareness for charity:water and consisted of "non-intrusive ads" being integrated into Idle Aquarium and Idle Sea Park, through placements on in-game interactive billboards.

Over a fifteen day period Interact has stated that the in-game billboard ads were watched 180 hours with a click-through rate (CTR) of 27.5 per cent, meaning that over one in four players clicked on the interactive ad.

"At Interact, we are really passionate about creating campaigns that really make brands part of the play - adding to in-game player experience rather than disrupting it," said Interact head of brand partnerships Peter Griffin.

"We focus on finding the right brand partnerships and ensuring that our ads make sense, resulting in lifelike experiences in games, that are just like you would see in the real world."

charity:water brand and communications senior manager Ellie Scouller added: "It's been a great experience working with the Playstack team to test this new form of in-game advertising. We're always looking for innovative and engaging ways to tell more people about the water crisis and our work."

Last month, Anzu partnered with Oracle Moat to launch its first-to-market viewability measurement to provide developers and publishers with access to third-party in-game ad metrics on PC and mobile.