Will feature a series of sports-based games, starting with soccer and later tennis, hockey, basketball, and more 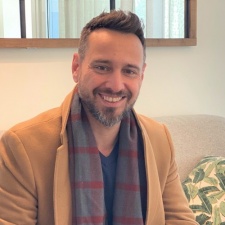 Blockchain-based esports firm Mokens League has raised $2 million from a Seed Round for its "win-to-earn" NFT gaming platform.

The Mokens League project was started in 2021 by Barcelona-based Monster League Studios and will support a series of traditional sports video games that feature NFT players.

The first real-time sports game on the platform will be a soccer game which is expected to enter a private beta phase in Q2 2022. The firm is also currently working on the development of other sports games, including tennis, basketball, hockey, and more.

In addition to the funding, the firm unveiled its in-game currency, MOKA token, which will operate on the Polygon network. Players can use MOKA tokens to enter matches and then the winner of the game takes the pot.

Mokens League will also feature a free-to-play mode to allow players to hone their skills and win an in-game "soft currency" to buy cosmetic items, however, not the NFTs characters.

"While we are thrilled and excited about the massive growth of crypto-based gaming, we can’t help but notice that there is a fundamental problem right now with existing ‘play to earn’ games that reward people for just spending time on a game that does not work," said Monster League Studios CEO Martin Repetto.

"This is not fun or challenging and definitely not sustainable. NFTs and tokens can be enticing for players to play our games, but as always, what will retain gamers is fantastic gameplay and eSports mechanics."