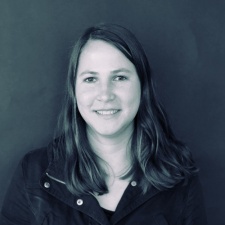 The game will be launched through a partnership with Immutable X and will feature playable vampire NFTs which will be available for purchase in Q2 2022 when the NFTs drop.

The announcement follows the firm’s recent appointment of three key members of staff to aid its blockchain operations.

"Blurs the line between the game and community"

Kongregate chief blockchain operations officer Michelle Shaw stated: "Not only was the game a passion project created by our team during COVID to stay connected, but it also blurs the line between the game and the community, giving players control over their own experience in a way that has never been done before."

Kongregate chief technology officer Max Murphy added: "This is an incredibly exciting time to be a developer, working with forward thinking green partners like ImmutableX that ensure our NFTs are scalable, secure, fully transparent, and most importantly, gas free & carbon neutral."

The number of mobile games publishers that are entering the ever-growing blockchain space has continued to increase. Earlier this week, Japanese mobile games firm WonderPlanet revealed that it has established a new Singapore-based subsidiary to lead its blockchain and NFT operations.