Blackbird Interactive, East Side Games, and Timbre Games Studio will partner with the Vancouver Film School on bringing Indigenous voices to the games industry 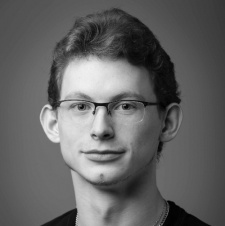 The C$200,000-worth scholarship fund will be available to all First Nations, Inuit, or Métis over the age of 18 and will support those who desire to become game developers with mentorship and paid internships. It includes three Game Design programmes and a 3D Animation & Visual Effects programme, all to be presented as full-tuition by VFS.

The winners of the scholarship, which are planned to be selected by Blackbird, East Side, and Timbre, will receive monthly mentorship from industry professionals from VFS and the studios.

If graduated from the program successfully, a four- to six-month paid design contract will be presented to the selected winners by their respective game studio.

“It is a pleasure for VFS to be joining forces with three outstanding Vancouver studios to offer the 2022 Indigenous Scholarship in Video Games. This scholarship aims to foster more diversity and more inclusion in the game industry with the aim to have more Indigenous developers actively designing the next generation of games.” said Christopher Mitchell, the Head of Game Design and Programming for Games, Web & Mobile at VFS.

“At VFS, we are proud of the many Indigenous graduates from our programs who now have successful careers both in Vancouver and globally, and this scholarship is Vancouver Film School’s privilege and opportunity to play a role in emerging Indigenous developers building their creative careers.”

Building a more diverse, inviting, and multicultural mobile games industry is of paramount importance. Anarch Entertainment's Ken Tang recently spoke with PocketGamer.biz about creating the kind of environment which naturally led to an all-LGBTQ dev team.

Jobs in Games: East Side Games' Elin Jonsson on the misconceptions of being a games producer