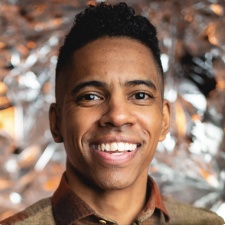 This week, we spoke to East Side Games lead game designer Marchiano Loen about the many common challenges still faced by POC as well as why it's up to the people at the top to make the difference and why being a 'maverick' can help with change.

Marchiano Loen: After entering the industry in QA at Electronic Arts, I moved to production at Ubisoft and have since worked on games like Fortnite (PC/console) and Candy Crush Saga. Recently, I have made the switch to design and I’m currently a lead game designer at East Side Games.

My role is all about ensuring the vision for a game becomes a reality by driving the design piece and by collaborating with our incredibly talented in disciplines from production and art to engineering and UX/UI. Together we all play a key role in ensuring the output is a game enjoyed by millions of players around the world, that also performs very well as a business.

I actually think the unsung heroes of our industry are our recruiters, both those who work for studios and the independently operating ones.

Like so many of us in our industry, I caught the video game bug at a young age. For me, it was walking around the arcades as a kid with my parents and younger brother. The bright lights, sounds and the excitement in the air totally caught my attention, and from Mario on the NES to weekend-long NBA Jam battles on the Sega Genesis on, it was a done deal.

A close friend of mine suggested I buy Gears of War and after watching some behind the scenes footage, everything changed. Not much later, I started at EA.

I would give three recommendations:

I actually think the unsung heroes of our industry are our recruiters, both those who work for studios and the independently operating ones. Reach out, share your aspirations and ask questions. They are sitting on not only an insane amount of insight into the industry but have a good idea of who out there is hiring.

I didn't study anything for my role, except playing games since young. I did have lots of light project management associated office jobs that taught me the value of collaboration, though.

If I had to advise courses: I would tell people to take Agile Scrum to grasp the methodology. Specifically, I'd suggest the Product Owner and Scrum Master courses.

Great question. I am an adult and not one non-POC has ever asked me this question, ever.
Until these uncomfortable questions can be asked and uncomfortable conversations can be had without repercussion, we will not see any change. Let’s be real: change only comes from mutual understanding and the willingness to challenge systems; if needed at a financial or power cost.

Me answering this feels like a risk. Me pointing out that we have system issues with POC not getting opportunities and non-POC having an advantage feels like a risk to livelihood. So imagine being the only POC in an organisation. The power difference is so large, and the smallest misstep can be met with consequences as a POC in many organisations, so it will not just happen on an individual level.

Whether it’s intentional or not, whether you actively discriminate or not, there is a passed down system in place - and by not actively and consciously challenging the system, nothing will change.

Making a POC a key leader or the leader of a studio would be completely revolutionary in 99 per cent of game studios. This tells us all we have a systemic issue, and the system needs to be challenged.

I would say the biggest challenges I have encountered are the double standard for POC generally from leaders and managers with (unconscious) bias. The “you need to work 10 times harder and it’ll be 10 times easier to be considered ineffective” is something I have experienced, and have seen POC experience. This extends to promotions, to opportunities, to not getting jobs etcetera.

Diversity and inclusion initiatives presented to a near all-non POC group of employees that tout the diversity initiatives and limit diversity to hiring more women (which is another huge issue) but that totally excludes POC really underlines the position in games. Seeing a group of middle-aged white men on stage in front of a huge non-diverse crowd that want more diversity but do the same thing a year later is daunting and problematic.

Lastly hiring someone in a token role (such as head of diversity and inclusion) and using that as proof that there really is something done about this, when in fact nothing really changes, is demoralising for any POC, but also for women and the LGBTQ community.

This really starts at a foundational level. It's up to the studios/companies to take action and create change. Here are some things that can be done and they may be uncomfortable:

Go beyond lip service. Don’t put the standard “diversity” line in your job opening if you are not about that. If you are in fact about that, acknowledge the disadvantage that POC have and go find them. It is now your job to cross that bridge of distance.

This is a double-edged sword question. Yes, I have seen initiatives, and some of them were very heartwarming. Though, some commitments to invest in Black developers, fight racism and hate speech online are so necessary and long overdue, honestly. Have I seen changes? Are there significantly more Black leaders in games? No.

Microsoft’s Phil Spencer himself said that having more Black leaders is the key. Is this a reality now? No. Do I feel like I have a bigger chance to reach my max potential in this industry in the next five to 10 years? Currently, no I do not. There is still a glass ceiling, and this does not feel like a crack in the glass ceiling, this feels like a one-time commitment from the majority of studios who did so, with so many others remaining quiet also.

It hurts to see it took this movement for my beloved industry to finally publicly acknowledge that we do matter and to stand on our side. We have always mattered. There is a lot of work to do.

Do not be afraid to be a maverick, because at this point, it's still quite rare to see a person of
colour in games. Yes, the onus lies on the powers that be to drive change. No, do not ever wait or let someone let you doubt if you have a place in this industry. You do! Just like video game studios will gladly have you playing their game, there is a place for you in this industry - it's that simple.

Also, it's worth carefully selecting where you’ll work and where you’ll give your passion to. There are companies where it is not only a trend or controversial at all to say BLM out loud. Where being different is celebrated, where a POC or a person with a different orientation feels at home. So pay attention to culture before committing.

Whether it’s Black people, drag queens, indigenous people or POC in general, it's a part of their DNA to treat everybody right. That is an exception, not a rule in our industry. I hope and pray that one day it will be because I feel safe and like my work, with my skin not being taken into consideration when someone makes a decision about my career. This should be the standard, and again, I hope and pray it will be one day soon.

POC in Mobile: Chase Bethea's journey as a game composer and the many benefits of game jams