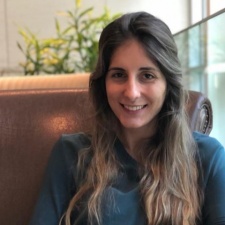 Following six years of development, King’s diversity space tool – a means to measure character traits of game rosters, in an effort to prevent unconscious bias – will be deployed throughout Activision Blizzard through 2023, with an “ultimate goal” of disseminating it throughout the games industry.

The tool, which King began work on in 2016 and co-developed with MIT Game Labs, monitors character aspects from as broadly as gender, body type, and roles to more discreet elements such as stance and body movement, and can be displayed in a variety of formats.

Monitoring and quantifying these details sounds somewhat mechanical, but King believe it can be used to uncover unconscious bias – why certain traits are inherently gendered or why characters of particular ethnic backgrounds are given similar personalities – and lead to more thoughtful questions.

Jacqueline Chomatas, globalisation project manager at King, said: “The intention is to inspire game teams not just at King, but throughout the Activision Blizzard King network, to think outside the box and challenge pre-conceived notions around how characters should look and act.

“As a result, hopefully we will create more characters that break the mould, and better represent women, non-binaries and other under-represented minorities in the industry.”

Activision Blizzard revealed that the tool was used in the development of Call of Duty: Vanguard. Alayna Cole, diversity, ethnicity, and inclusion (DE&I) manager at Sledgehammer Games, stated: “We used [the Diversity Space Tool] to figure out what ‘more diversity’ looks like across all of our characters in both campaign multiplayer and Live seasons. And now we’re going to use that data going forward into the next games that we’re working on.”

Activision Blizzard stating the Overwatch 2 team has been “experiment[ing] with the tool, with equally enthusiastic first impression”.

Breaking into z-space here because it’s a Friday afternoon, but I will confess to some consternation about the tool: DE&I is often reduced to a box-ticking exercise for somewhat cynical purposes, and a method that can break this very acute subject into statistics that can and will miss crucial context may ultimately do a disservice to diverse representation.

But, Chomatas is right about pairing the right tools with the right intentions: “Like anything, this is simply a tool that provides insights. It’s up to the teams that create the characters and games to apply them.”

Activision Blizzard also remains embroiled in legal action against behaviours that have defined its culture. But, at the very least, the dispersal of the conversation and tangible, actionable methods from King across the company will hopefully lead to positive moves forward.