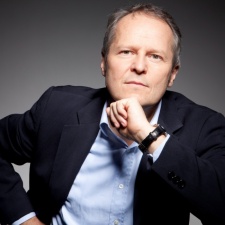 The French publisher Ubisoft Entertainment is supposedly hearing pitches from external parties interested in acquiring it.

Looking at numbers to determine whether an offer is feasible, Dealreporter (via Seeking Alpha) stated that shareholders expect the price per share to be at least €60 to €70 before any deal would be accepted.

This follows rumours that a number of firms such as Blackstone Inc. and KKR have shown interest in a takeover of the France-based games publisher, both of whom have a precedent for investing in and around the mobile games industry.

Following the release of Ubisoft's 2021-22 earnings report, CEO Yves Guillemot sought to quell speculation of any potential buyout during an Ubisoft investors call, and stated: “There has been a lot of talk around consolidation in the industry, and Ubisoft in particular.

"Our overall position is clear and well known. As we said last February, we have everything we need to remain independent. We have the talent, the industrial and financial scale, and a large portfolio of powerful IPs to create massive value in the coming years.”

Ubisoft participated in a seed round last month for fellow French company Gadsme, where $8 million in funding was raised for non-intrusive ads.

Report: Vivendi sets eyes on takeover bid for Ubisoft by end of 2017

Guillemot family buying up another 3.5% of shares in Ubisoft to ward off Vivendi takeover