Selected games from the Builders Program granted a minimum of $10,000 in AXS 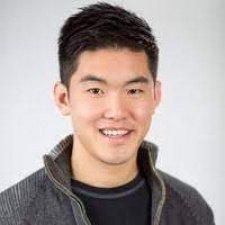 Axie Infinity developer Sky Mavis has unveiled its Builders Program’s first projects, through which players will be able to monetise their own creations.

An initiative meant to introduce user-generated content to the Axie ecosystem, the Builders Program sees players, or "builders", creating games and keeping a large share of the revenue; the rest of the money made goes to the community treasury or directly to players.

More than 2,000 submissions were made, and of these, a dozen have been selected for the programme. The winning projects are being granted a minimum of $10,000 in AXS towards the games, guidance from Sky Mavis on game design, use of the Axie Infinity IP and more.

Sky Mavis’ intention is for its Axie NFTs to become tickets used universally to sign into a growing world of games, with co-creation highlighted as a core directive for the ecosystem.

"Community co-creation is a guiding north star of the Axie Infinity ecosystem and will be a fundamental driver of scaled-value generation over time," said Axie Infinity game product lead Philip La.

Among the coming titles using Sky Mavis’ IP are a platformer called Across Lunacia and a battle royale with Axie-controlled mechs titled Mech Infinity.

Notably, even developers not accepted into the programme are permitted to build and monetise experiences with the Axie IP as long as they follow certain guidelines.

"The Builders Program is the first step in a new world where the community can make significant and meaningful contributions directly toward games and projects they love and is one of many initiatives that will allow players to gain more enjoyment from the Axies they own. We can’t wait to see these projects come to life and look forward to seeing what the community will create next," added La.

This reveal comes weeks after Sky Mavis’ utility currency Smooth Love Potion (SLP) plummeted to $0.004, which continues to fluctuate. Sky Mavis also recently announced the raising of $150 million in April with funds to be used to reimburse users that suffered from the Ronin network hack.

At PocketGamer.biz, we spoke with La earlier this year on his move from Pokémon Go product manager with Niantic to his role at Sky Mavis with Axie Infinity.