A new title in partnership between ustwo and Netflix 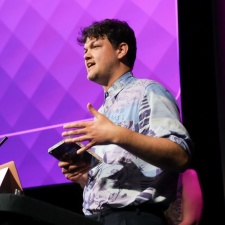 In a new partnership with Netflix, ustwo’s newest title Desta: The Memories Between is due to release later this year.

Console and PC releases are to follow later, but initially the title is launching as part of the streaming company’s games catalogue.

Desta will feature roguelike elements and is "the most ambitious" of the team’s games to date, with strategic and turn-based action. The themes of the game are said to be introspection and self-reflection, as the titular Desta aims to find themselves in "etheric" environments.

Netflix has been expanding its games library, from acquiring Boss Fight Entertainment to removing Stranger Things: Puzzle Tales from the App Store and Google Play Store ahead of its move to Netflix Games exclusivity. Then there is also Moonlighter, Netflix Games' first non-exclusive title.

"All the characters you meet in the game helped Desta become who they are – there’s a lot about loss and finding yourself, which are themes that I’m sure we can all relate to. We hope players enjoy exploring Desta’s dream worlds, and the reawakening that follows," said ustwo games CCO Danny Gray.

Prior to the reveal of Desta, Gray spoke with us about chasing Monument Valley's success.