Developer of Desta: The Memories Between, Ustwo Games revealed why they brought it to Netflix Games 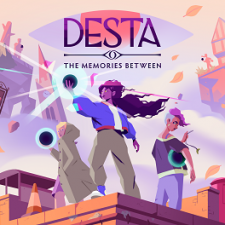 Eagerly awaited Desta: The Memories between was perhaps a surprising addition to Netflix Games’ lineup. Previously the studio had enjoyed huge success with the premium Monument Valley games and their subsequent in-app purchase expansions. Desta, however joins Netflix growing line-up of games offered 'free' to their subscribers.

In an interview with Game Developer, lead game designer Joel Beardshaw has spoken about why they made the choice to use Netflix to bring the game to players.

Beardshaw emphasised the reasoning behind the decision was to broaden their audience dramatically, by capitalising on Netflix’ large subscriber base. "Lowering the barrier to entry to gaming by offering Netflix Games to all existing Netflix subscribers, and giving everyone who may have never considered paying for a game like Desta the chance to play – it felt like a huge opportunity for us."

The obvious question might be. ‘If so few subscribers engage with Netflix Games, then what benefit can there be for a wider audience in practice?’ While it is true that only a slim minority of Netflix subscribers engage with their mobile game section, this 1% would still account for around 2.5m players. If we take a particularly conservative estimate and say that less than half of that engage with Desta, that’s still roughly 1m players.

While Netflix Games may still be on shaky ground in some ways there’s no denying that, for an indie developer such as Ustwo, bringing in that sort of potential audience who might otherwise not even be aware of their game, let alone play it, is an exciting prospect.

As it stands, however, we may not know about the level of success Desta sees for a while yet. Netflix is notoriously opaque about the specifics of their viewing behind ‘hours watched’ and even less transparent when it comes to the success of individual titles on Netflix Games.

Given that Ustwo have prioritised the artistic impact of their games just as much as more fiscal measures of success, however, the potentially massive audience they could expose their game to is likely more than sufficient a win. The security that partnering with such a global name has given them probably doesn’t hurt either.