Fewer than 1% of subscribers are playing the company's mobile games 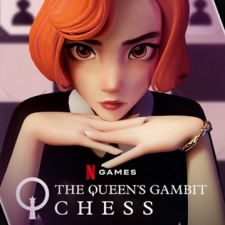 Netflix Games have engaged less than one percent of its subscribers, which currently stand at 220.67 million worldwide - or around 2.5 million players - since its launch last November. This information comes from a data analytics report from Apptopia, as first reported by CNBC.

Downloads on the games service come in at approximately 23.3 million, with the service averaging 1.7 million daily users.

Netflix has been working towards expanding its presence in the games space for some time and access to the company’s catalogue of games is available to any Netflix subscriber - offering them games inspired by hit IPs such as Stranger Things, alongside mobile ports of games such as recent PGbiz Game of the Week, Into The Breach.

The company recently acquired Finnish developer Next Games for approximately $72 million earlier this year, with the aim of expanding its catalogue to 50 games by the end of the year.

We're going to be experimental and try a bunch of things

"We're going to be experimental and try a bunch of things, but I would say the eyes that we have on the long-term prize really centre more around our ability to create properties that are connected to the universes, the characters, the stories that we're building," said Netflix COO Greg Peters last year.

Netflix, once the dominant name in the streaming market, has seen tough competition this year, with millions of users canceling their subscriptions due to price increases and the introduction of an ad-supported membership tier. This comes in spite of the company enjoying massive success with releases such as Stranger Things series 4 and The Sandman, as well as the upcoming release of projects such as Locke and Key series 3 and projects by Guillermo Del Toro and Junji Ito.

Although Peters conceded last year that the company was, “Many months and really, frankly, years” away from learning how to use games to maintain customer loyalty, this figure could prove worrying to Netflix.

The company’s greatest success in the games space came with a crossover between Stranger Things and the popular horror game Dead by Daylight, which Netflix ended last year as part of its strategy of increasing its own profile within the industry. The Queen's Gambit Chess by Ripstone Games will be released later this year.