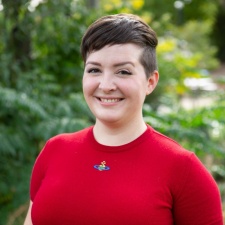 The round was led by Andreessen Horowitz (a16z), with participation from 1Up Ventures, Galileo Ventures, Heracles Capital, and Emily Greer, CEO of Double Loop Games.

The game uses low-intensity, evidence-based exercises to promote the mental wellbeing of the user. The player’s activity within the game can be shared with other members of the community, with the aim of improving wellbeing of all players through a concept Lumi Interactive are calling crowdhealing.

Lauren Clinnick, CEO and co-founder, Lumi Interactive, stated: “These past few years have been anything but kind, but even in the depths of Melbourne’s long lockdowns, my small team saw how everyday acts of compassion, to ourselves and others, could make the world seem like a kinder place.

“While the global pandemic unfolded, Millenial and Gen Z women and non-binary folks struggled to prioritize their own mental health. They told us that the high time commitment of wellness apps felt too much like work. Self-care hobbies like collecting plants and baking bread helped in the short term, but didn’t build the skills necessary for long-time wellbeing. It became clear to us that there was a gap in the market, and in that gap something grew."

James Gwertzman, general partner at a16z, added: “Lumi is stepping into a fast growing, and much needed category of their own. Here, the goal is not to achieve or compete, but rather to slow down, step back, and take a much needed mental health break."

This focus on female and non-binary players represents a growing push for greater diversity within the games industry.