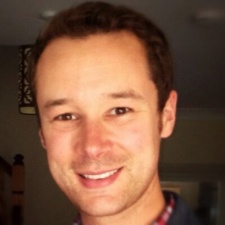 England-based Arm has announced its 2022 Total Compute Solutions with various performance and efficiency levels, bringing combined elements of its IP to offer more power to games.

Among the advantages of the solution is the capability for longer play times.

The Arm GPU to enable ray-tracing on mobile

Arm’s new flagship GPU, Immortalis, follows the legacy of the Mali GPU, though configured to enhance 3D experiences on mobile. Immortalis-G715 will reportedly be the GPU by Arm to allow hardware-based ray tracing on mobile.

"We are engaging more people than ever in exploring 3D worlds and augmenting the world around us with virtual visual content. Mobile gaming is driving the evolution of real-time 3D technology and the growth of visual experiences will see it deployed even more widely in the future," said Arm senior vice president and general manager, client line of business, Paul Williamson.

The Mali-G715 GPU is also launching to give games a boost in performance through its variable-rate shading, as this should enable energy savings. Meanwhile, Arm’s Cortex-X3 has a performance improvement of 25 per cent "compared to the latest Android flagship smartphone".

In 2020, tech firm Nvidia announced plans to acquire Arm in a deal worth $40 billion, but this has since fallen through. Supporting partners of Arm include Unity, MediaTek and Epic Games.

Epic Games VP of engineering Nick Penwarden said: "With enhanced capabilities and performance improvements, we can't wait to see how the Unreal Engine community will leverage these advancements to bring state-of-the-art experiences to upcoming mobile devices."