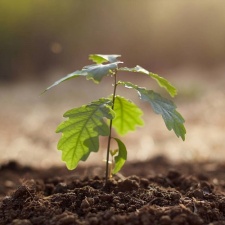 A total of 40 studios from all over the world attended this year's Green Game Jam, an annual event that brings together the biggest video game companies in the PC, mobile, and console industry to educate and enable millions of players to support our environment.

Green Game Jam's prime focus this year was on food and forests, aiming to improve one million players' food choices and to plant and protect one million trees.

Pixel Federation is the first Slovak game developer to join the Playing for the Planet Alliance, a collaboration to aid the gaming industry in reducing its carbon emissions and support the global environmental agenda through green activations in games. Pixel Federation provided three mobile games this year: Diggy’s Adventure, TrainStation 2, and Port City, with a commitment to plant 10,000 trees.

The producer of Trainstation 2, Petra Adamekova said, “Deforestation is a worldwide issue that is getting worse by the year. Pixel Federation has been supporting the local causes to prevent deforestation in the region for several years now through its initiative Pixel green Act. It was just the logical next step for us to scale up the impact globally as our audience is also located all over our planet”.

The in-game event allowed players to purchase unique game content and support multiple reforestation projects in Africa. To the surprise of the team at Pixel Federation, the event saw players break the goal of planting 10 thousand trees and plant as many as 86 thousand trees.

”Our players not only hit the goal of planting 10 thousand trees but totally crushed it with over 86 thousand trees together. We can't thank them enough for that!” said Diggy's Adventure Producer, Filip Polasek.

Last month, the Playing for the Planet Alliance announced the winners of the third edition of the Green Game Jam, with mobile games taking home five of the eight awards.