Xsolla partners with GamesForest.Club to help preserve forests in Germany and Peru 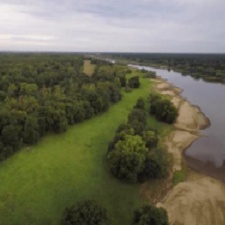 The global video game commerce company Xsolla is now an official member and partner with GamesForest.Club with the intention to help protect the global ecosystem.

Xsolla has directly supported forest projects in Europe and in South America. The European project aspires to restore the Alluvial Forests in Eastern Germany, while the second project is in Peru, near the city of Puerto Maldonado. Peru's last remaining old-growth forest lies there and is considered one of the most biodiverse places in the world.

GamesForest.Club is supporting the games and creative industries to actively invest in carbon absorption via planting and protecting forests. Xsolla's investment is the second biggest in the history of the firm. With their investment, Xsolla is assisting the acquisition of parts of the endangered forests, thus safeguarding the sensitive ecosystems from construction projects and economic and agricultural exploitation.

Xsolla's director of Europe, Miikka Luotio, elaborated on the importance of the partnership saying, "Climate change is undeniably impacting all of us. We want to contribute and commit to helping protect the environment in Europe and beyond."

GameForest.Club co-founder, Maria Wagner, also spoke about the partnership sasying, "We are thrilled to see more and more companies joining the GamesForest.Club. The membership of Xsolla is strategically special as it sets an excellent example for forward-thinking service providers within the industry. We look forward to a close partnership and many further significant steps into the regenerative future driven by the games industry."

Emmanuel is a Staff Writer at PocketGamer.Biz. He has a Bachelor's Degree in Computer Science and a Master's in Creative Writing. With previous experience as a content writer and copywriter in the tech and education industry, Emmanuel now comes into the gaming industry with open arms.